I find John MacArthur to be a breath of fresh air in a day where folks with the spirit of Ahab are running rampant.  Many American pastors could not shut down their vineyards quick enough at the outset of the pandemic, while Johnny Mac is now ready to join the Apostle Paul in jail if necessary.  City mayors are declaring unconstitutional edicts, whereby churches were blatantly discriminated against, and the First Amendment trampled on.  The legislature makes the laws – coronavirus or not!  There has not been one recorded case of the pandemic in Grace Community Megachurch, and our government is calling just about everything “science” that is anything but…  God bless John MacArthur, truly a pastor worthy of emulation by any other pastor who desires to live true to the Word.

May The Lord Continue To Richly Bless This Man Of God,  Pastor Steve  <>< 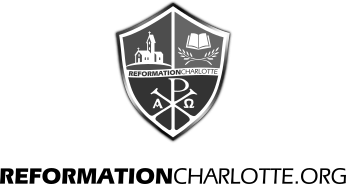 John MacArthur has been on the frontlines opposing the tyranny of the California government that is relentlessly trying to shut down his Grace Community Church in Los Angeles. The looming threat of arrest and jail time for John MacArthur is reminiscent of some of the great martyrs in history. That MacArthur is willing to stand […]

The post John MacArthur Says if He Goes to Jail, He’s Open for a “Jail Ministry” Gives Laura Ingraham the Gospel appeared first on Reformation Charlotte.

John MacArthur has been on the frontlines opposing the tyranny of the California government that is relentlessly trying to shut down his Grace Community Church in Los Angeles. The looming threat of arrest and jail time for John MacArthur is reminiscent of some of the great martyrs in history. That MacArthur is willing to stand against this tyranny even with this threat should be an inspiration to the Church.

In fact, many church leaders have openly opposed MacArthurs stance — Al Mohler even suggested that what he’s doing could be “malpractice” and 9Marks, Jonathan Leeman and Mark Dever have taken opposite stances. Most leaders have refused to stand with him or ignored him altogether.

Last night, MacArthur spoke with Laura Ingraham on Fox News. Besides giving Laura Ingraham, a Roman Catholic, the gospel, he also told her that if he’s arrested, he’s “open for a jail ministry.”

“We received a letter with the threat that we could be fined or I could go to jail for a maximum of six months,” MacArthur said on Fox News’ The Ingraham Angle. “… My biblical hero, apart from the Lord Jesus Christ, is the Apostle Paul. And when he went into a town, he didn’t ask what the hotel was like – he asked what the jail was like because he knew that’s where he was going to spend his time. So I don’t mind being a little apostolic. If they want to tuck me into jail, I’m open for a jail ministry. I’ve done a lot of other ministries and haven’t had the opportunity to do that one, so bring it on.”
TRENDING:  Former ERLC Lackey Comes Out in Opposition to Al Mohler’s New-Found Support for Donald Trump

Unfortunately, that could very well be the case. MacArthur and his church have been embroiled in court battles over this for a number of months now, with victories and setbacks, one after the other. But MacArthur has vowed to stay the course despite the clear government overreach that is happening to this, and many other, churches.

By the way, did you know Reformation Charlotte has a Christian gear and apparel store? Check it out at ReformedGear.com.

Thankfully, the Church still has great leaders like John MacArthur to model what it is like to shepherd a church through persecution. There are few left of such notoriety today, but we must not forget all of the unknown pastors who, as well, are standing in the path of tyranny for the flocks. We should continue to pray for these churches as well as John MacArthur.

We are being actively censored on many platforms because of our conservative views. The more places you follow us, the more likely we are to get our message out. Please support us by following us on Facebook, following us on Twitter, following us on Parler, following us on Instagram, and visiting our gear and apparel store. Also, please subscribe to our newsletter. If you would like to support us financially, a contribution of any amount is greatly appreciated.
FacebookTwitterEmailPinterestMore16
Previous articleTim Keller Says Christians Have Freedom to Vote For Pro-Abortion, Pro-Sodomy Democrats
Next articleChurch of Iceland Advertisement Features Bearded Jesus With Women’s Breasts

Tim Keller Says the Bible Says if You Have White Skin, You’re Involved in Injustice

There are three things that are killing…

Poll: Faith in clergy’s honesty drops among US Catholics

Max Lucado Begs God to Forgive Him For His Ancestors Owning Slaves, Segregation 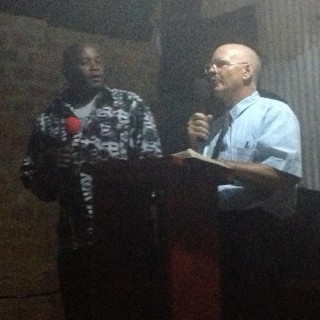